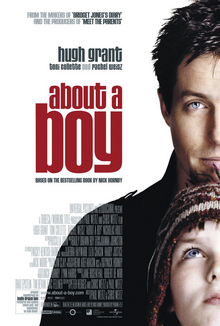 Earlier in the week, I talked about sensible things like deciding what I wanted from growing my own veg. It can be quite difficult to get myself to think about these things when all I really want to do is go out and dig.

Getting the old grey matter working first is important though, in my humble opinion, as is igniting the creative juices. As well as asking what I want from the plot, I think it is useful to ponder influences too. What have I seen that really gets me going? Who is doing brilliant, interesting growing that I’d like to follow?

Again, I’ve found this helps focus the mind a great deal and will go a long way to making sure I get the most out of growing and my garden.

Mulling this over, I’ve realised that influences can come from all over the place, and not just pretty gardening books. Some of mine are not obvious, and I thought it might make a nice A Patch From Scratch blog post to list them. In no particular order, this is what is exciting me at the moment.

1. Mark’s Vertical Veg
Since I’m reducing my growing space by roughly half, it is important that I start making the most of all the space available to me, and no one does that better than Mark. Mark grew all his veg on a small balcony and his window sills before moving away from London and his website, Vertical Veg, is brilliant. I’m already wondering what I can trail my squashes and cues up…

2. Square Feet Gardening
I’ve been doing some reading around the idea of growing in square feet blocks, rather than traditional rows. The theory is that you make much more efficient use of the space. Veg are grown depending on their size, so for example you might grow 16 beets in a square, but only 2 cauliflowers in the same space.

3. About a Boy
Okay, this one’s from leftfield, but please stay with me…

I’m a sucker for a feelgood movie, and About a Boy is no exception. There’s a scene where well-to-do shirker Will, played by Hugh Grant, talks about how he gets through the day by dividing it into units of time. He goes to the hairdressers (2 units) and watches Countdown (1 unit).

Sadly, I do have to work for a living, but the units of time things are still relative. For example, when I’m cooking dinner, I might have twenty minutes while the food cooks which I can use to pop out in the garden and hoe up some weeds. Or I could get up half an hour early and water before work or sow seeds, when all I’d normally be doing is sleeping.

Hopefully having my veg patch just outside my back door will open up lots of new units of time for me to get more jobs done.

4. The Veg Garden Next to Selworthy Church, Exmoor
During April, I visited Exmoor. Before we came home, Ailsa and I took a stroll up to Selworthy Beacon, parking in the church overflow car park in Selworthy village. Next to the car park was the most perfect little cottage and kitchen garden I’ve ever seen. Ailsa had to literally drag me away by my ear so we could walk up to the Beacon. All I wanted to do was gaze at the neatness, productivity, and organisation of the vegetable patches.

It really got my fires burning, such was the beauty of the garden. My favourite elements were the picture-book wigwams ready for runners and a doorstep, deftly decorated by herbs, but the garden possessed a real aura of creativity as well as production. I vowed there and then to try and create my own version at the new house.

I didn’t think leaning over the fence taking photos was good form for a tourist, so I’ve nothing to show, unfortunately, but if you’re ever near Selworthy, I’d thoroughly recommend a sly nose at the cottage next to the church.

Marrying up my thoughts on growing my own veg with my influences has left me feeling really positive about the new project. It feels like an opportunity to make a stamp on something, which is exciting.

As I look out of the back window over the garden, there are now lots of ideas and goals floating around my head for the growing space. I’m raring to go, but one more bit of whimsical assessment first: its time to have a poke around and check out how the land lies…

7 thoughts on “A Patch From Scratch: Thoughts on Starting Out Part 2 – Influences”

For an entire year, I kept a diary of how much money I saved from growing my own fruit and vegetables. After totalling all my outgoings, I saved approximately £500 over the year. I made a spreadsheet to calculate these savings - it’s nothing too complicated, as I’m no Excel guru, but hopefully someone else will find it as useful (and strangely fun) as me. For more info, visit my Money Saving Experiment page by clicking here.
Scroll to Top